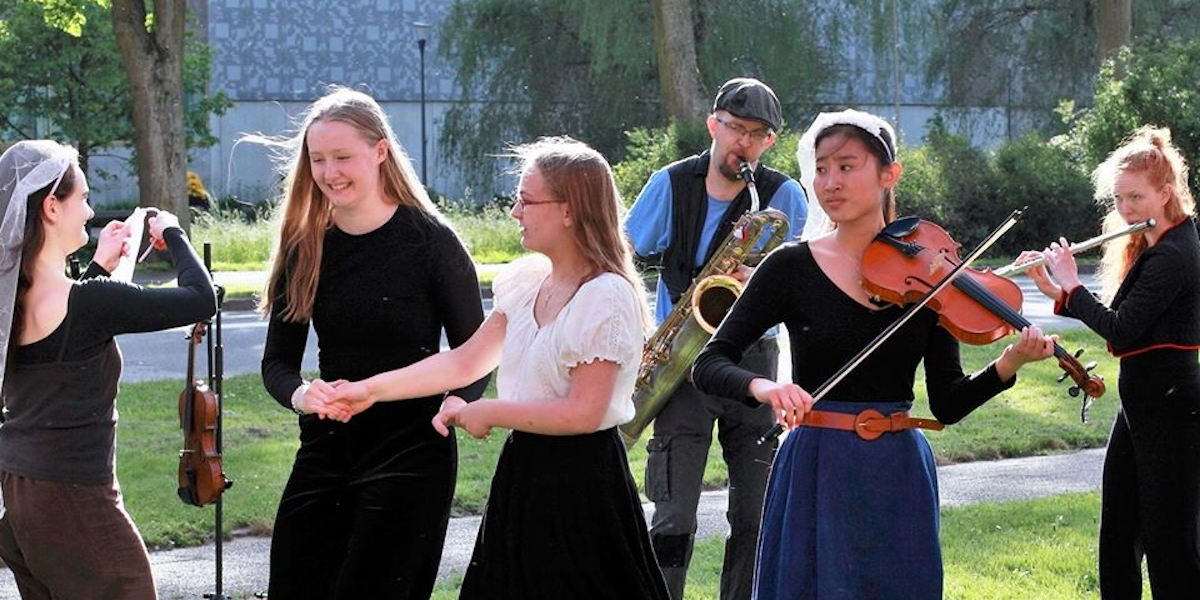 SkåneFolk Youth Ensemble is a non-profit organisation and a project in which young people between 14 and 25 from southern Sweden meet and work together with folk music and dance in different ways. It often leads to different kinds of stage performances, or to that we play for dancing. Me and Lottie Svensson are leaders for the music, and Elin Waileth for the dance.

The project started in the summer of 2010, when 20 young musicians and dancer got two weeks of paid work from their home municipalities (SummerFolk Youth Ensemble) to do a stage show based on folk music and folk dance, and tour with it. This project was carried out in the summers of  2010-2014, and you can watch videos of those performances below. After two years, we also started arranging more continuous meetings during the rest of the year.

There are several goals with the project:

The most updated information about what’s happening with SKFYE, you find in our page at Facebook!

Videos from the Summer performances

De Två Systrarna /The Two Sisters (2010), based on an old medieval ballad

Lorens (2011), based on the life of the Traveller fiddler Lorens Brolin

Bruun (2012), based on the life of the blind flute player Johan Jacob Bruun

Christina (2013), based on the life of the world famous opera singer and traditional musician Christina Nilssons.

Cabo Corso (2014), a performance about the little known colony in present day Ghana that Sweden had for a short while in the 17th century.

Videos from other performances

Fenrise Wolfs (2013), a surrealistic saga losely based on the ancient Nordic mythology of the Asa gods.