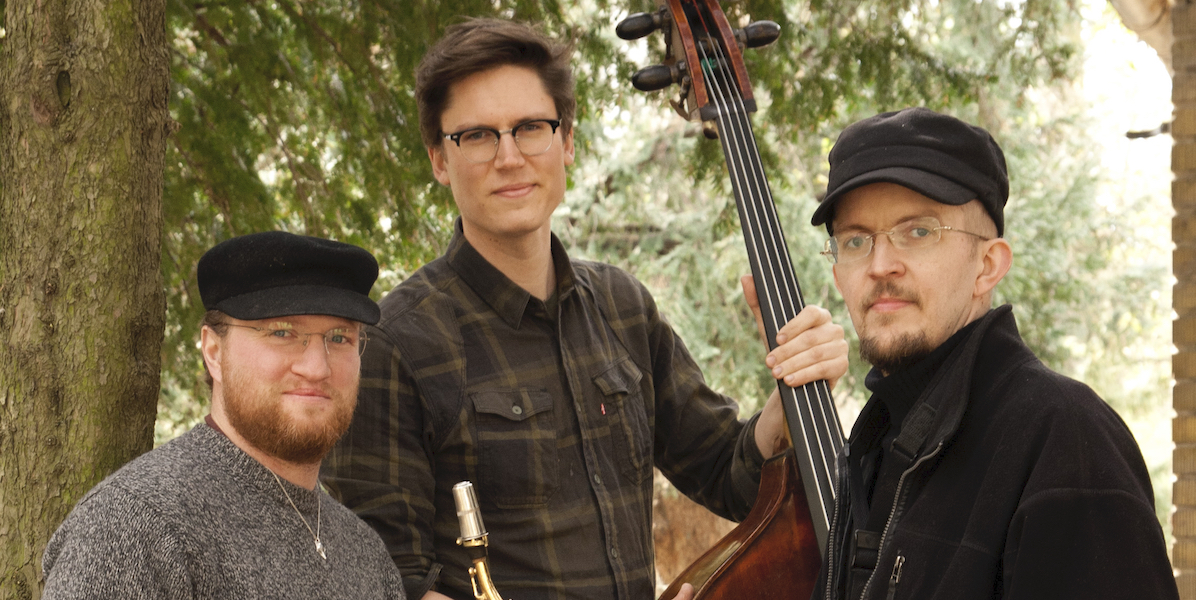 In 1999, a new guy moved into the apartment below Pär Moberg`s at Sofiagatan. It turned out to be one of his classmates from the academy of music, Jon Sirén. Jon soon realised that it was a better idea to play with Pär than to listen to the stomping of his feet through the ceiling, and they soon found themselves to work together well musically. The name of the group was obvious: Grannar (Neighbours).
After a while, the duo decided to develop itself into a trio, preferably with a double bass. They immediately kidnapped Martin Eriksson, who besides being a great musician with an interest in folk music had one important quality: he had also lived at Sofiagatan!

Grannar played folk music in Southern Sweden style, cause that is where we we have our roots, but besides traditional tunes, much of the material was our own compositions.

You can see some video clips with Grannar here.

Besides several venues and festivals in Sweden, Grannar thrice toured the USA and Canada (including a visit to Folk Alliance in 2009), and also played in Norway and Poland. We also worked together with choirs, and you can see an example of this here.

In 2011, Grannar was one of two Swedish bands in the band class of the Inter Nordic folk music competition Nord 11 in Sälen, Sweden.

“It was a pleasure to have you visit us in Vancouver, B.C. We musicians thoroughly enjoyed your music workshop—great tunes, good teaching. The concert and the evening of dancing were great, we all enjoyed your energy and musicianship. Someone commented last night that they had never heard so much music come from just three players!”

Grannar is at the moment not active as a band, but you are welcome to listen to our two CDs Glädjepojkar and Sofiagatan, for instance at Spotify or iTunes. To purchase physical cds, please contact Evolving traditions.